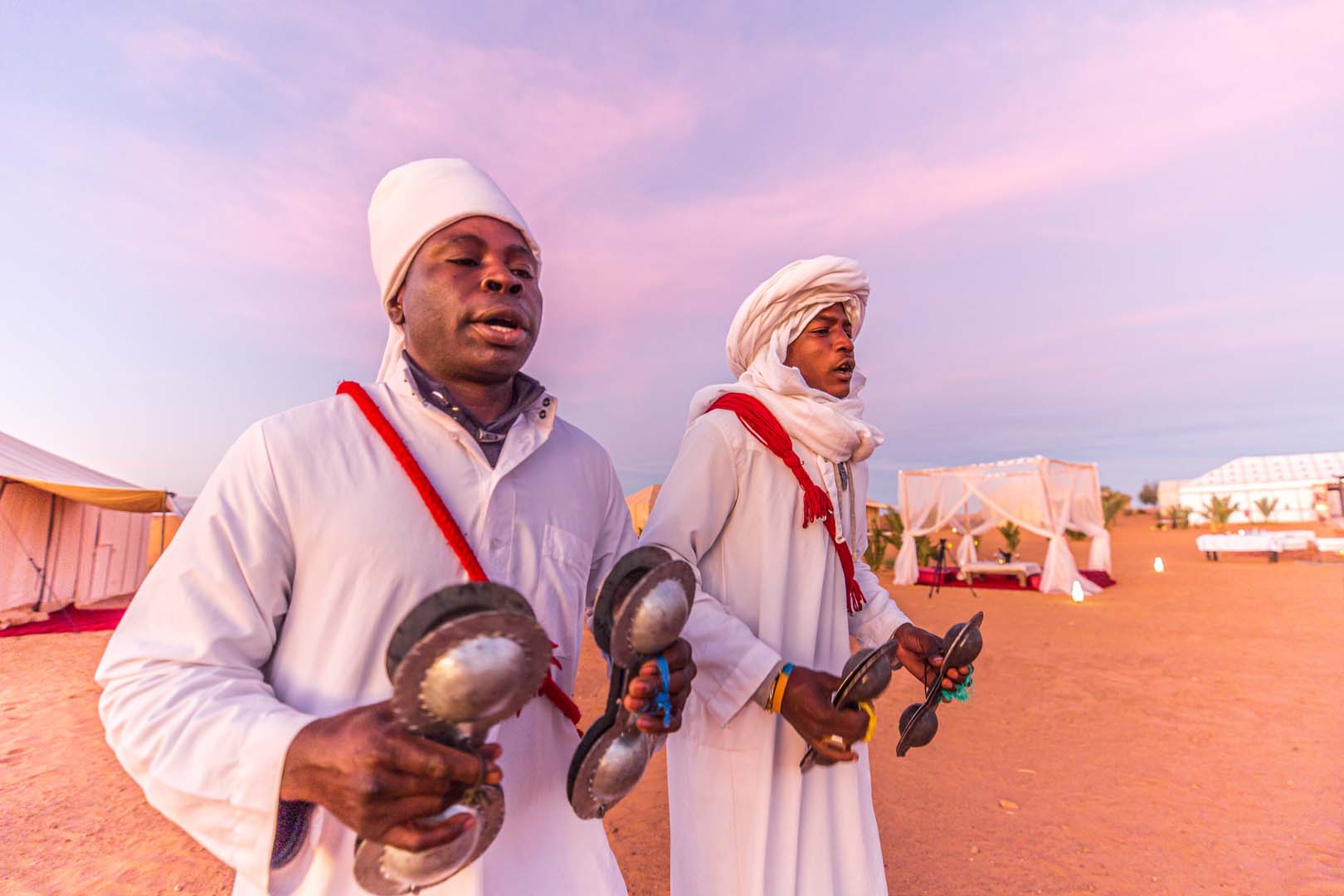 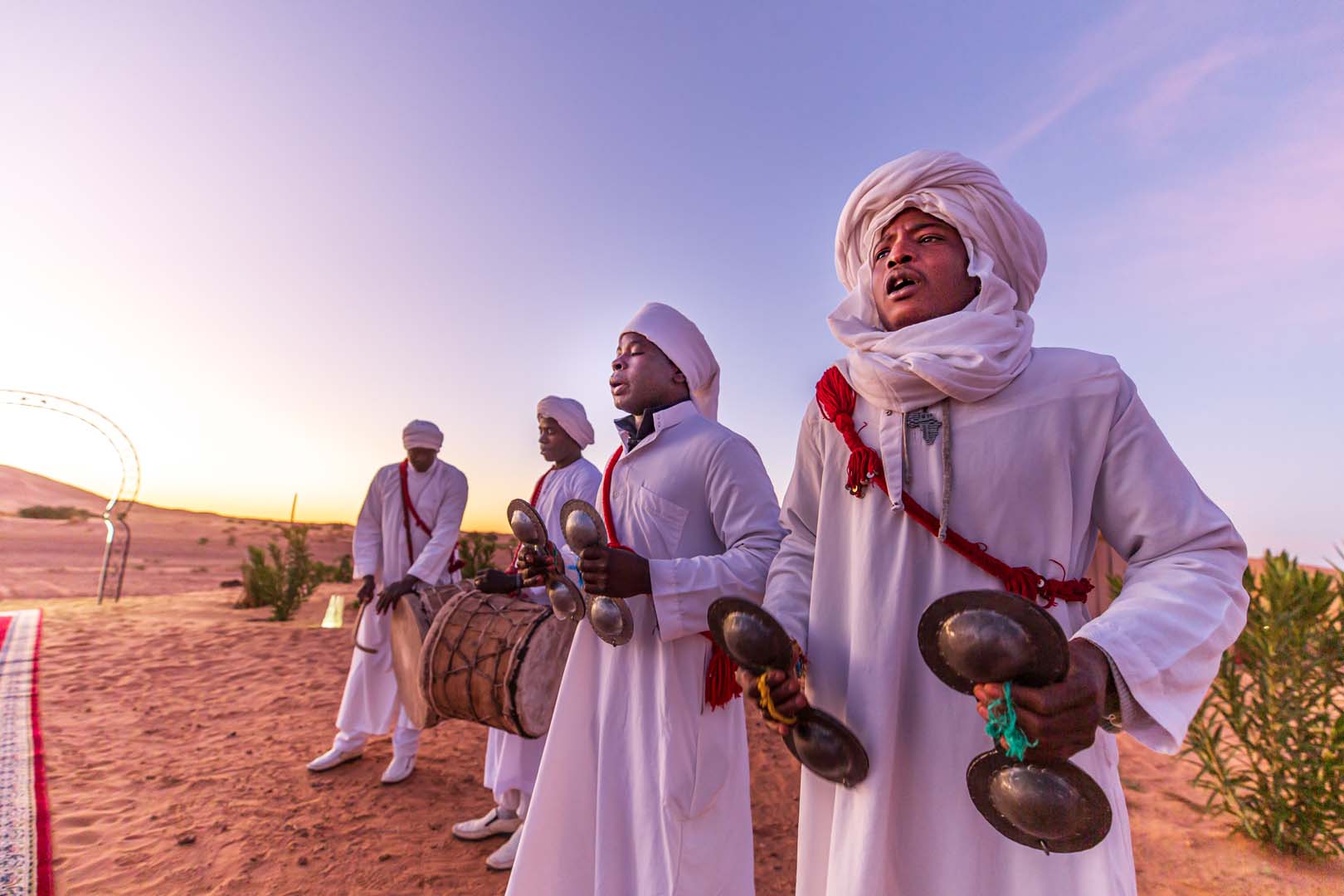 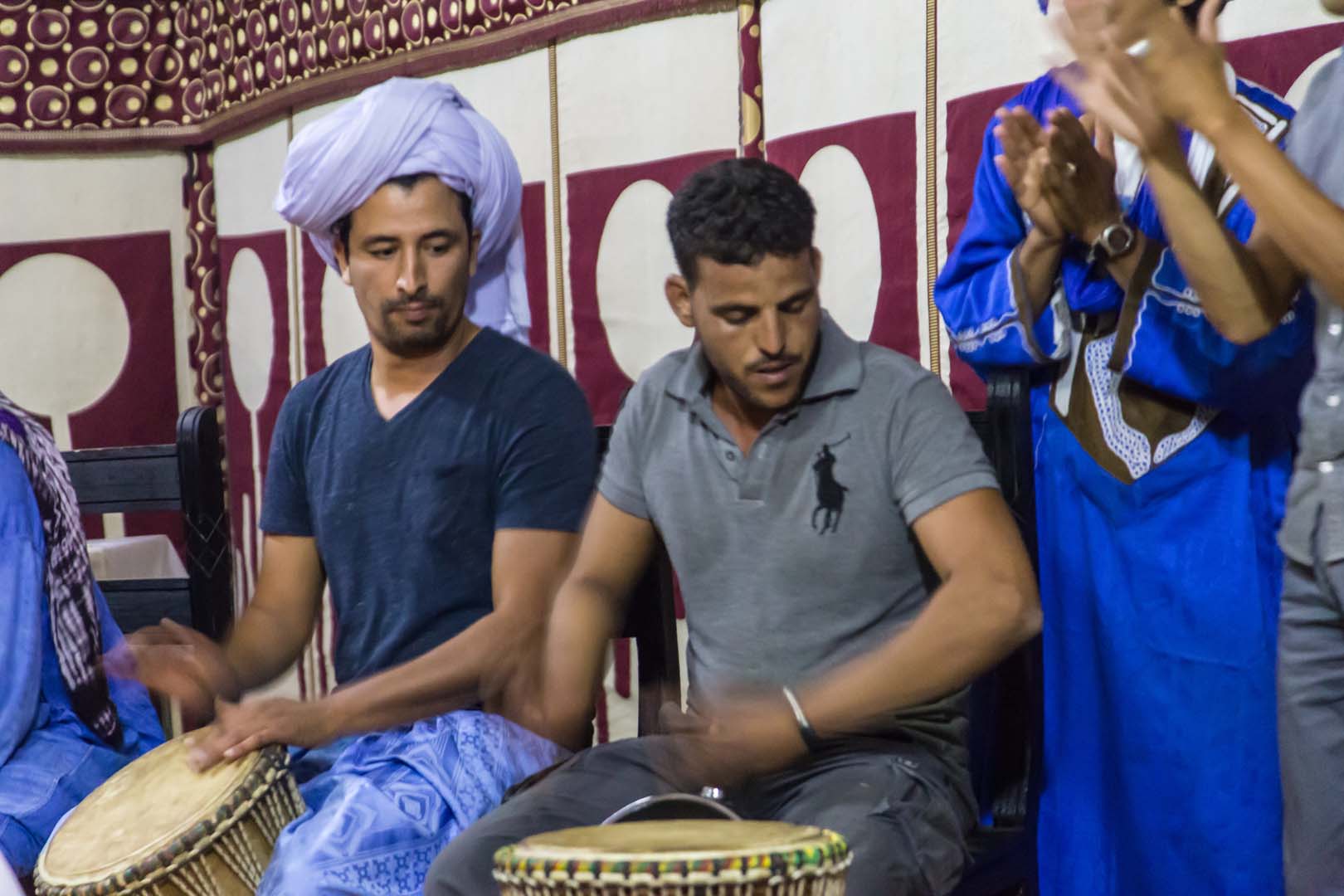 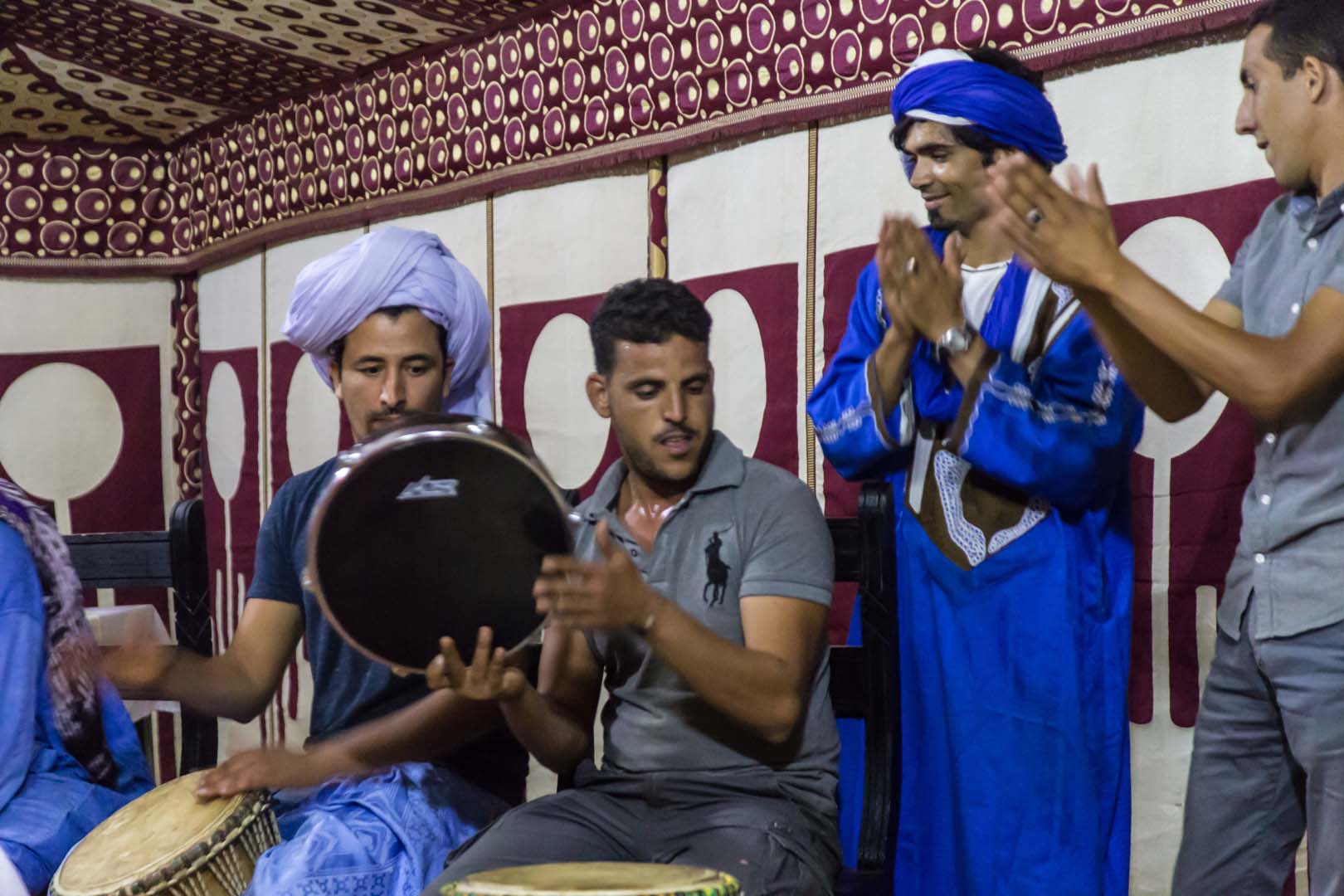 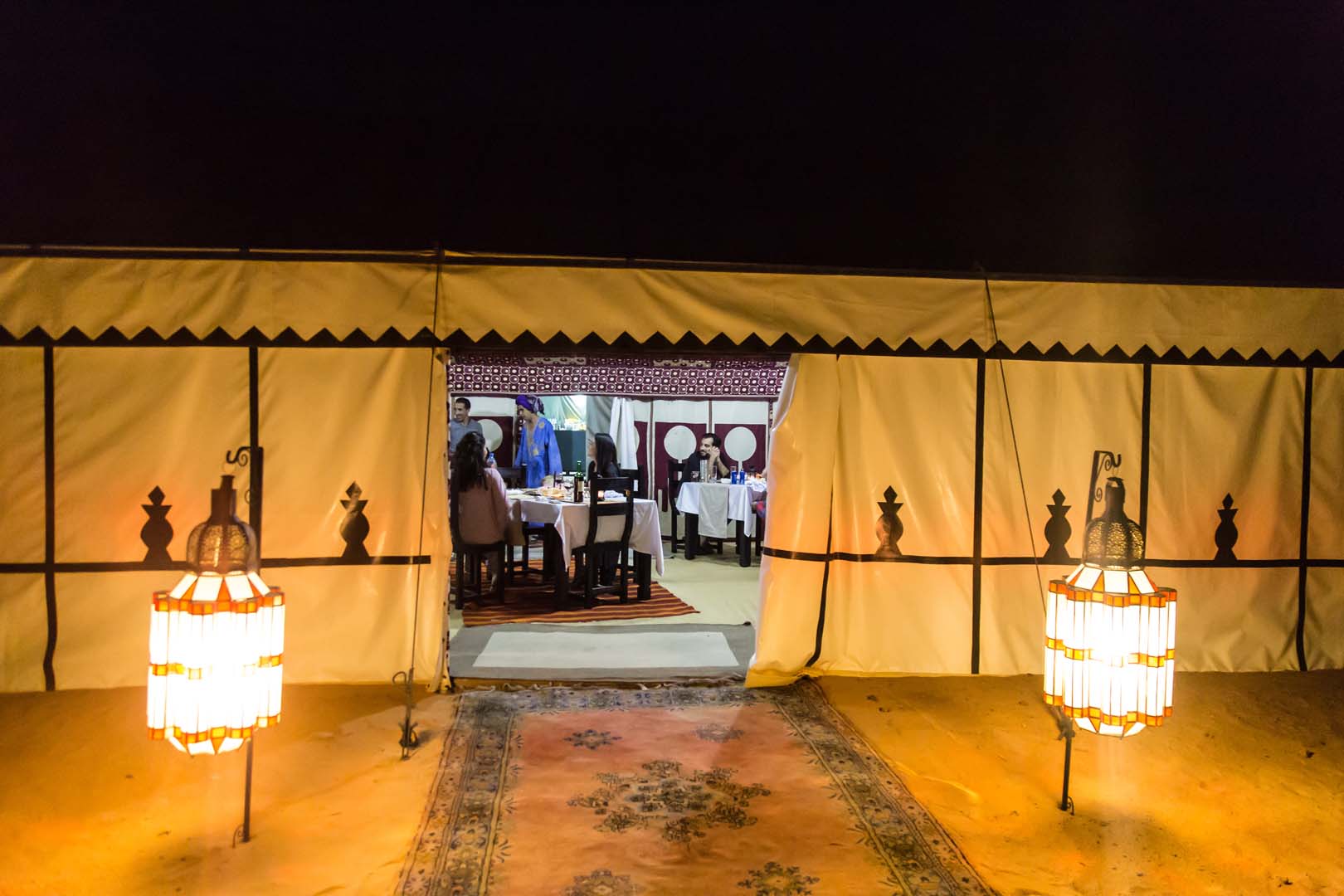 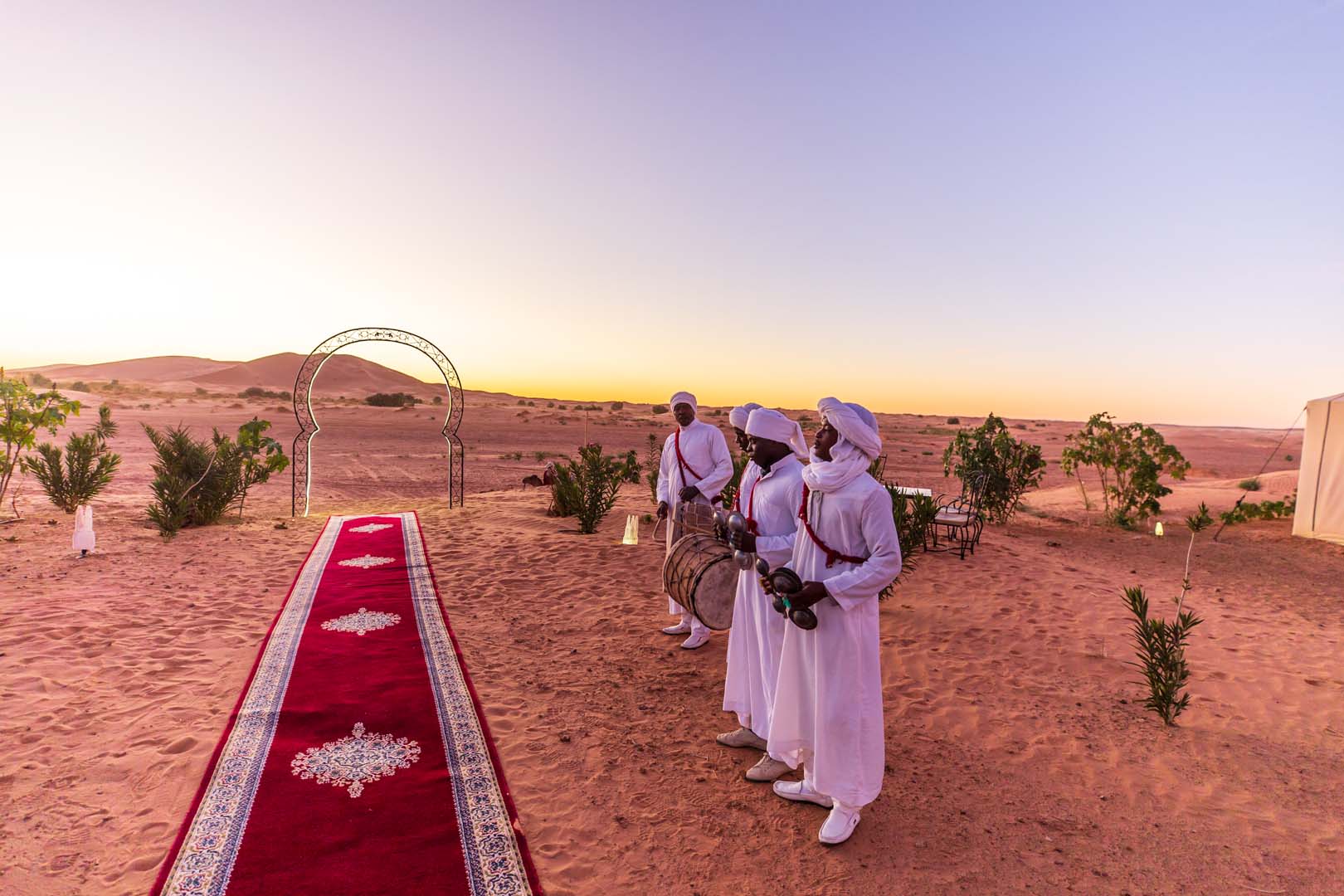 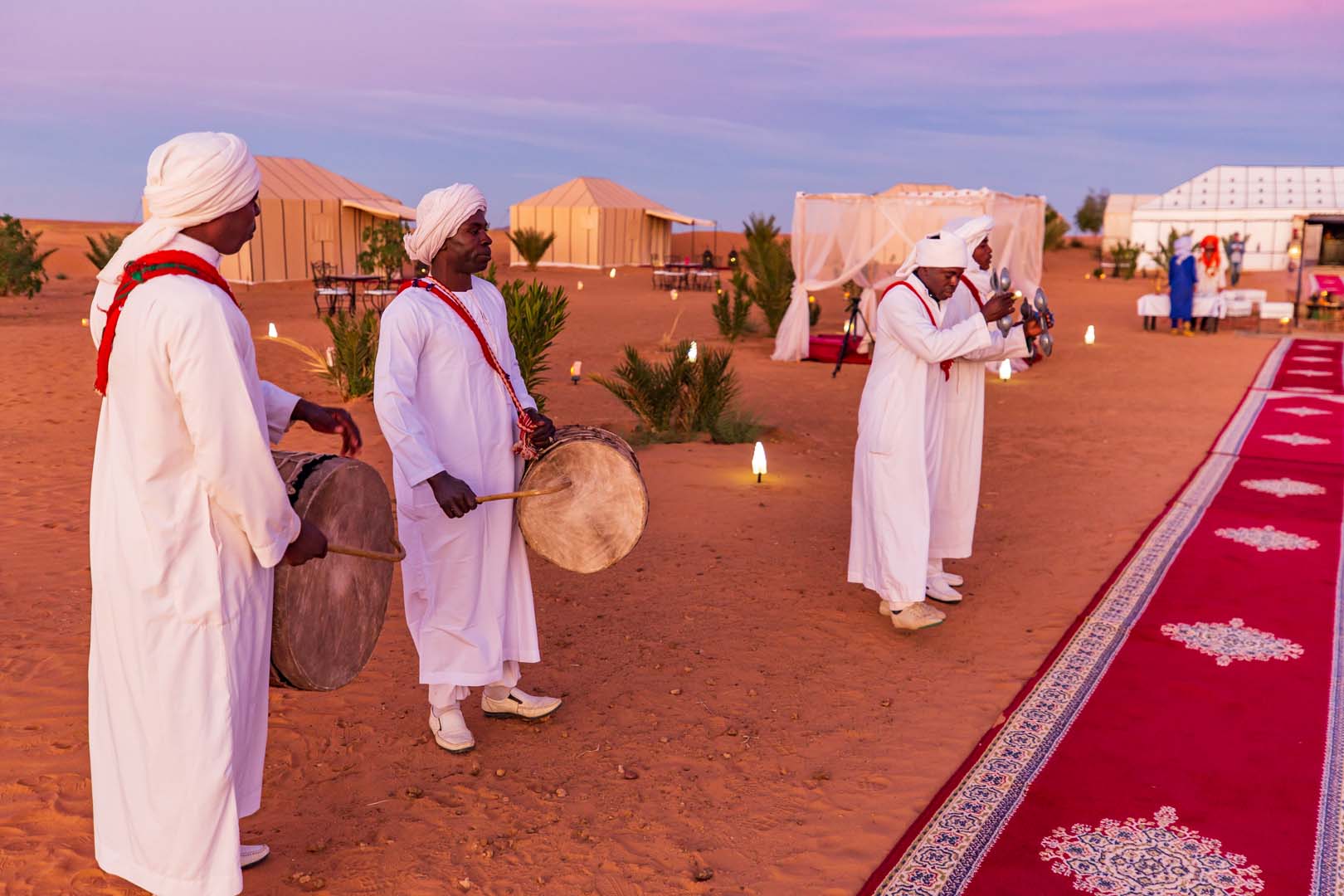 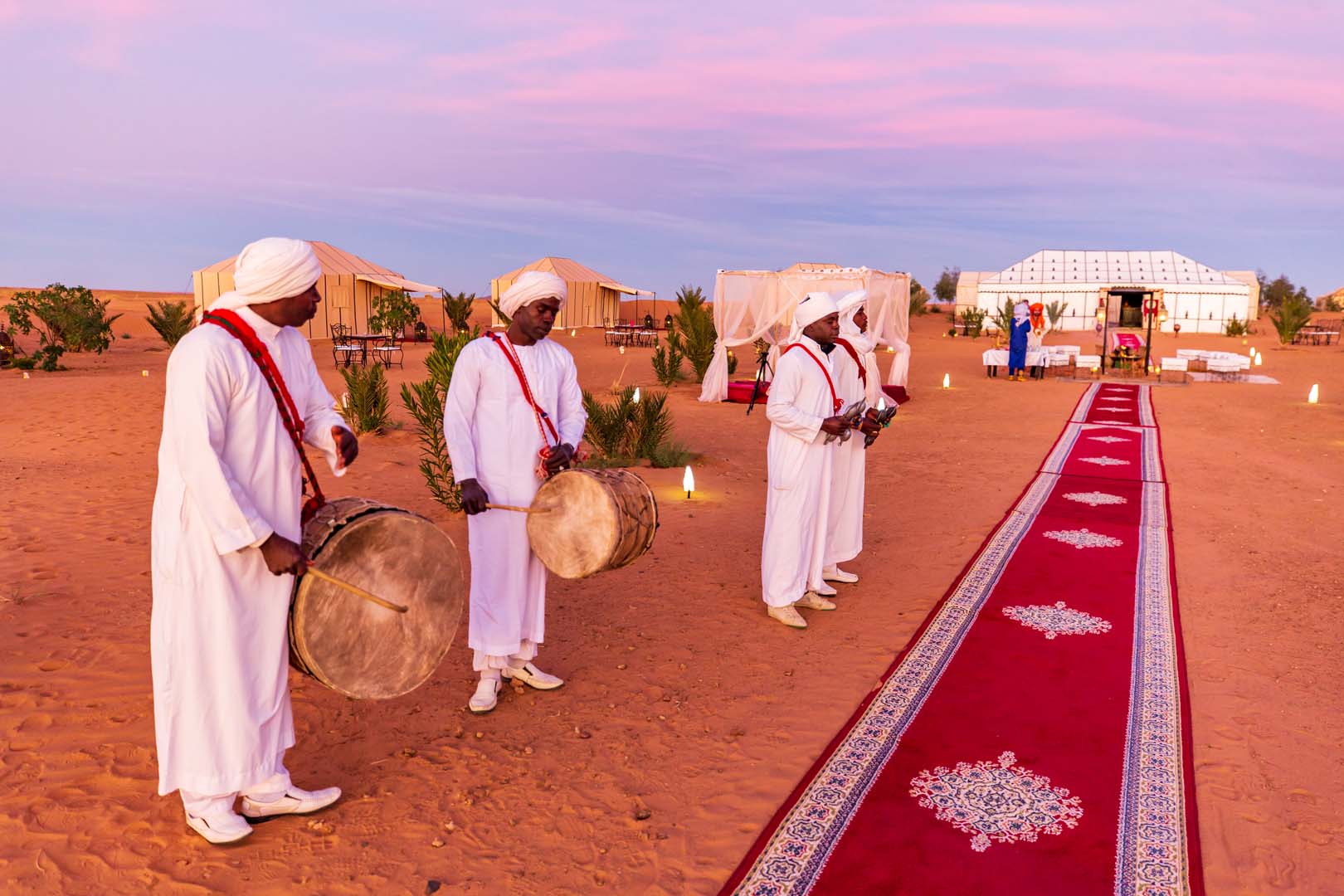 The Gnawa are descendants of slaves, brought across the Sahara by the Arabs, who claim spiritual descent from Sidi Bilal, the first muezzin. Their musical rites (lilas), in which a leader plays the gimbri / sentir (long-necked lute) and sings, accompanied by garagb (metal castanets), last all night and are performed for the purpose of spiritual and the music, which has sub-Saharan origins, is remarkably adaptable, having been blended with jazz, rock, funk, hip-hop and drum’n’bass.

The traditions of music are very much alive in the regions near the desert. Children are born already impregnated with the music that rises up every night in the tempo of drums to the star filled canopy above.

The Djembe, Darbuka and other Tam-Tam accompany songs about the life of the desert and sometimes push you to want to dance. From an early age children are introduced to this traditional music and young people spend the greater part of their evenings over tea between conversations and songs and learning to play the different instruments. For them, it all comes naturally. It is part of the life and the fabric of this land. It is their heritage and their birthright.

Give us a call